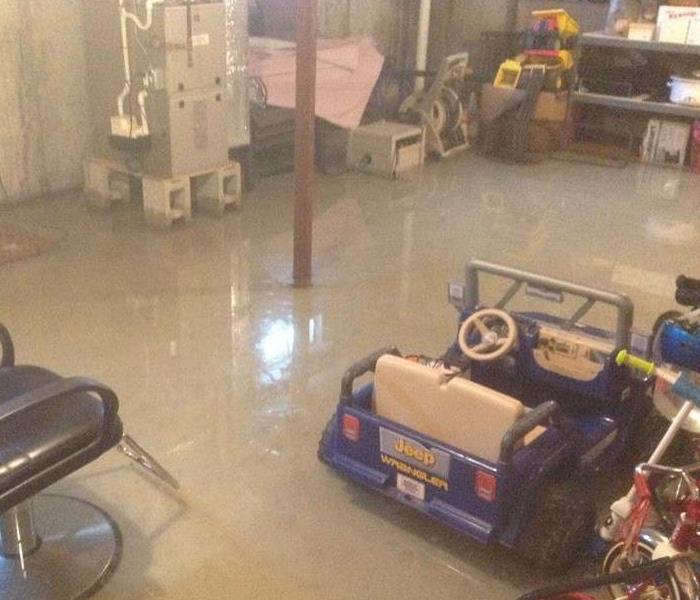 This homeowner had gone to take his shower before heading off to work, but when he turned on the hot water there was none to be had. He thought he may have blown a fuse, but when he went into the basement he realized it was more then that. Hi hot water tank had given way.

He called SERVPRO of Franklin/Walpole at 508-533-5305 Within an hour the technicians had arrived at his home and readied for the job. They started by pumping the water out of his basement and starting the drying process. Because there was so much water the homeowner was concerned with bacteria. But the technician had eased his worries. When the job was completed the homeowner was appreciative all all that SERVPRO of Franklin/Walpole had done.