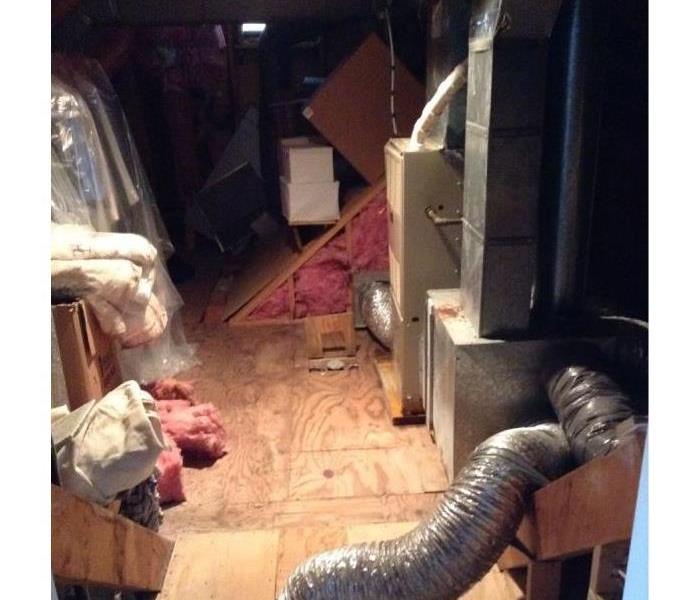 This homeowner had come home to find water leaking from his bedroom ceiling. When he went to the attic he had found that the line to his A/C unit had burst.

He contacted SERVPRO of Franklin/Walpole at 508-533-5305 to come and mitigate the loss. When the technician had arrived they walked the homeowner through all the damaged the water had caused.

All the technicians at SERVPRO of Franklin/Walpole are trained and certified to handle your water loss. Give them a call today at 508-533-5305 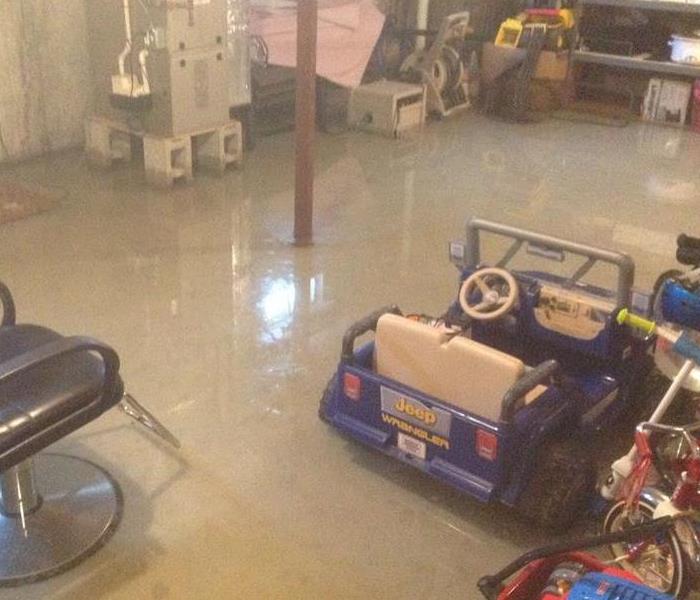 One morning the homeowner had awaken to the loss of hot water. She thought that maybe she had blown a fuse to the water tank, when she went into the basement, she had stepped into about 4 inches of water. It wasn't a fuse at all, the hot water tanked had failed.

She had contacted SERVPRO of Franklin/Walpole at 508-533-5305 within an hour there was a crew at her home ready to clean it up.

This homeowner was very pleased with all the work they had done. She was another satisfied customer. 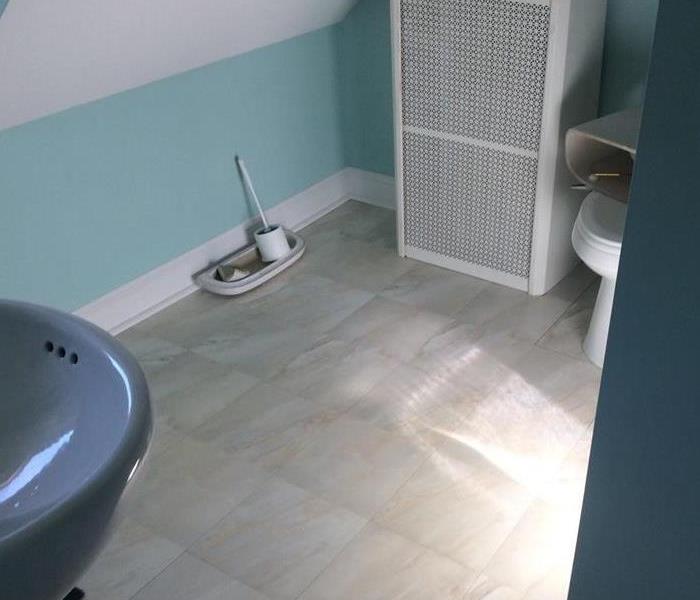 The homeowner had woken up to water coming through the ceiling in the kitchen and Dining room. They had no idea where it could be coming from, after all they all had just taken a shower and the floor was dry.

The homeowner upon further inspection saw what appeared to be water running down the pipe in the back of the toilet. He contacted his plumber. When the plumber arrived it didn't take much for him to find out the problem, the toilet tank had cracked. The water needed to be shut off, while he repaired that, the Homeowner contacted SERVPRO of Franklin/Walpole.

The technicians were out in no time, and they went right work. The homeowner was impressed at how well they had open walls and ceiling to get it all dried out. 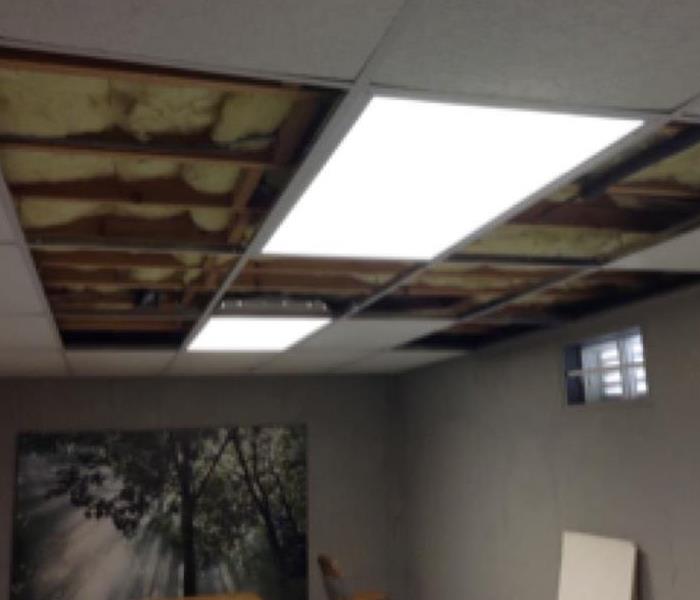 During the winter months, pipes are more susceptible to freezing then with any other time of the year. It's during these times that homeowners should be aware of any new stains appearing on the Ceiling or walls.

The homeowner at this location had not seen the yellowing stain as she had left for work. She hadn't heard the warning sound from the pipe about to burst. She had just left thinking that all would be well when she came back home.

SERVPRO of Franklin/Walpole at 508-533-5305 was contacted and jumped into action. After a few days, the house had been taking care of and the homeowner was very satisfied. 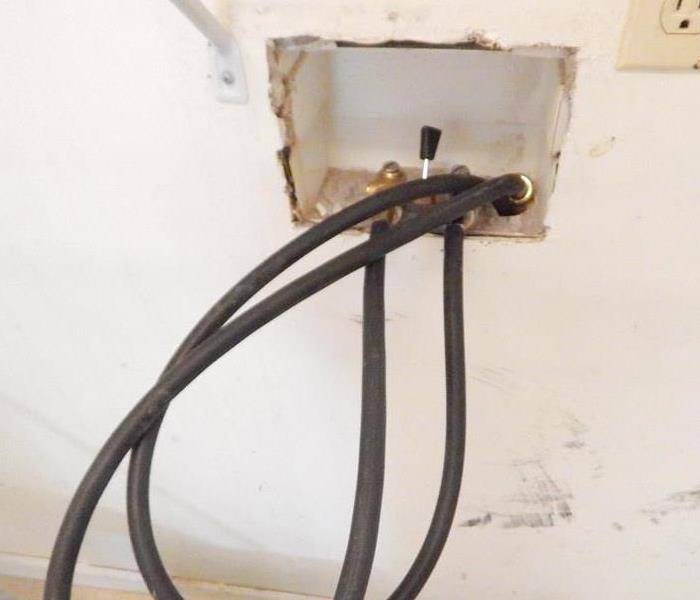 Before leaving to do some errands, this homeowner had placed a load of clothes in the washer, to be waiting for her when she got back. Upon her arrival back home she was greeted by a steam of water exiting her home. Every single room was under water. She could see the water flowing out of the laundry area.

She contacted SERVPRO of Franklin/Walpole at 508-533-5305 in a panic. The technicians had shown up within the time frame as discussed with the homeowner when she had called in. She had some concerns of all the equipment being brought into her home, but when the technician explained what they were for and how they help, she calmed down.

Just as the technicians had promised her home was dried in a few day. The homeowner thought that they would not be able to fulfill the promises they made upon arrival and to her delight they had done just that. 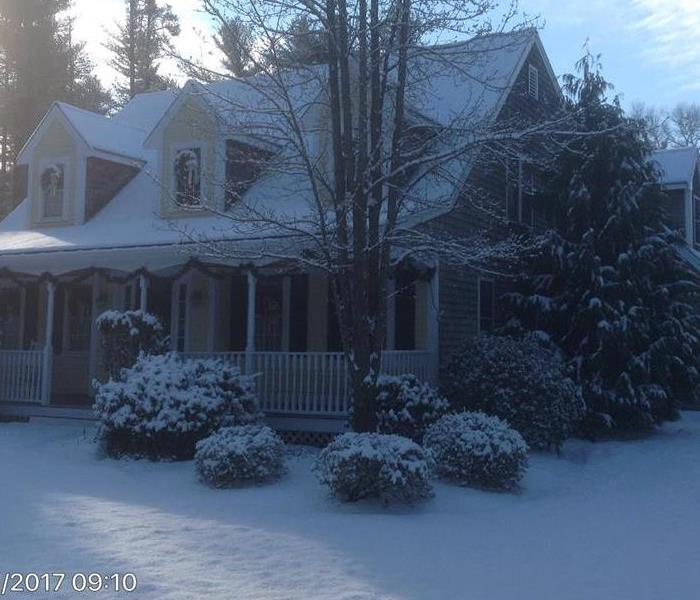 Protect your house from Winter Damage

Check your gutters. Make sure there is no debris from blocking the flow of water or ice.

Check the Foundation. Make sure that the gutters are directing water away from your home.

check your roof, siding and windows for small holes, or wear and tear.

Finally check your attic to make sure you have proper insulation.